Never be put off by the speed a concert guitarist’s fingers can move at - there is always a way in!  My Complete Guide to Tremolo will teach you exactly how a tremolo is created. I will then take you carefully from string buzzing misfires towards a purring perfection using some great new exercises and a collection of beautiful solos.

The tremolo arm on an electric guitar (which RD calls a “whammy bar”) is used either to dramatically bend notes in either direction or, more subtly,  to add vibrato.

Learn tremolo on the classical guitar 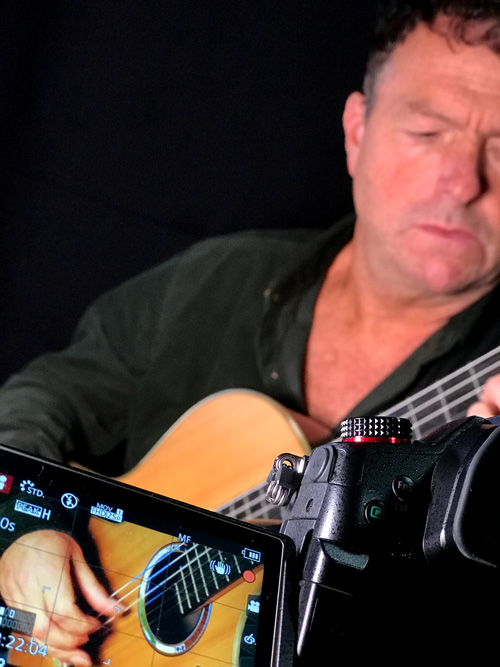 Tremolo is the actual repetition of the same note creating the impression of a single, sustained sound, whereas vibrato is the repeated, rapid bending (wide or narrow) of a single sound.  Tremolo can be played on single or multiple strings of an instrument using up and down strokes of a plectrum - this is more usual on steel strung instruments such as acoustic guitar, mandolin, bouzouki, balalaika etc. Bowed instruments can also produce a tremolo effect using rapid up and down bows. A bowed tremolo can create some dramatic, eery sounds and is often used in opera or film music.

One of the most famous guitar tremolo pieces of all time is Recuerdos de la Alhambra by the Spanish guitarist and composer Francisco Tarrega. The piece was made famous by a TV programme called Out of Town presented by Jack Hargreaves in the 1970’s.  Now that same version can be heard each evening on BBC6 Music as background music for the Gideon Coe show.  Learn to play Recuerdos as part of this teaching module!

This course was filmed in the Autumn of 2019.

We suggest moving this party over to a full size window.
You'll enjoy it way more.
Close
Go Fullscreen