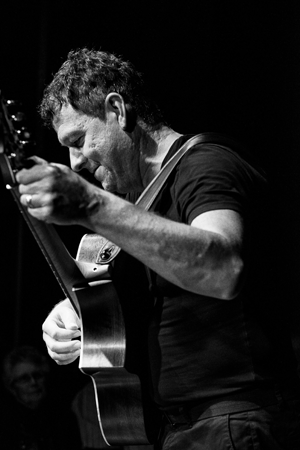 Richard Durrant was born in Brighton, England. By the time he entered the Royal College of Music, aged 18, he had already begun to explore classical, folk and contemporary music and had a growing reputation as a concert guitarist.

Richard has appeared as guest soloist with the Royal Philharmonic Orchestra in the Royal Albert Hall and played in the wilds of South America as well as tiny, English, village halls. Recent tours took him to the Wilderness Stage at Wilderness Festival and concerts in Spain, France and Paraguay.

Richard’s idea of establishing an online academy is driven by his vision to help guitarists and ukulele players of all levels become more complete musicians - free to play any style of music.

“One of my longstanding dreams has been to share the benefits of a broad and diverse musical education. My time at the Royal College of Music was precious, but then so were the jazz chords that my Dad taught me, the years of gigging around in the back of a truck and standing on stages playing Bach.”

We suggest moving this party over to a full size window.
You'll enjoy it way more.
Close
Go Fullscreen